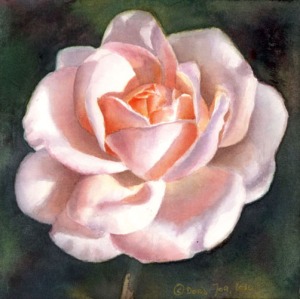 It was a week after the Kappa Jazz brunch and I had already started thinking about Kesner differently because I’d had that deep encounter with his mother at the table. And afterward we’d driven around the community listening to Miles Davis and talking about change.

I think he knew that I had different energy for him, so he seized the opportunity.   The following week he took me on another date, to Lambertville NJ for a Lenten fish fry.

NJ is filled with cute little towns and Lambertiville is one of them. It sits right on the Delaware River and it’s quaint and lovely. It’s the sort of town that has volunteer fire fighters, and bed and breakfasts, and community fish fries every friday during Lent.

It was Good Friday, and both of us felt a little guilty that it was unseasonably warm and sunny. Maybe rain and dark clouds would have seemed more appropriate for the day that Jesus died; but nonetheless, he picked me up at 4PM.

He’d planned everything; I didn’t have to think. He told me we were going to a volunteer firehouse for a fish fry, so I was casual. I wore a cream blouse, dark blue skinny jeans and black ballerina slippers. I carried a beige cardigan. He wore khaki pants, a button down shirt and a casual spring jacket, dark brown.

I didn’t know what to expect. When we arrived at the firehouse my first thought was: ‘awkward’. It was an open space with rows of six foot long rectangular wood tables. We walked in and paid $10.00 at the door and were prompted to seat ourselves. I would have preferred privacy, but the set up was family style dining.  We would have to eat with other people, to interact.

Kesner made me feel comfortable right away.  He initiated conversation with the folks at our table; he was good at that sort of thing. We soon learned that we were dining with a family steeped in the New Jersey fishing industry. They told us that their family business holds the world record in catching the particular kind of fish that they catch. And they also told us all about the deep tradition of Lenten Friday fish fries in Lambertville.

Kesner had introduced me to a new experience, I liked that. I was thankful. My appreciation for him continued to grow…

It was still sunny and warm after dinner so we decided to walk to an ice cream shop. On the way, we noticed a church with open doors. We figured we should go in for a moment ; it was Good Friday, after all.

The sanctuary was open.

We walked in and sat in the front pew. An instrumental of “Just as I am Without one Plea” was playing. We sat together in silence and appreciated the song that we both knew so well.

In that moment I felt so much peace.

When the song was over we left and got ice cream cones, then found a large rock by the water and sat and talked. It was there that we first learned of our mutual appreciation for nature and beauty.

And on that rock, we talked about collaboration. We discussed planning a reception at a community art museum, we wanted to bring my sorority and his fraternity together for this. We discussed some particulars, and then he went on to dream about future collaborations. His ideas were laced with the inference that we would be together, a team.

The more we sat and talked, the notion of our togetherness began to settle into my spirit.

After our cones, we decided to walk across the bridge to New Hope Pennsylvania. New Hope is another cute town that sits on the other side of the Delaware River; Just a simple five minute walk across the bridge from Lambertiville. That is the place where Talithea and I found the psychic months prior, the one who told me I would have two great loves.

There in New Hope, we went to a very eclectic looking restaurant and had a glass of wine on their out-door patio.

Day became evening, as we sat and talked there. He told me more about himself and I shared more of me. At one point he noticed a silver ring on my finger with a large amber stone in it. “So your engagement ring would have to be at least this size..,” he kidded. I blushed. Laughed awkwardly. Had he just brought up engagement?

A few more hours passed and it started to get cold. We left the patio and went to Dunkin Donuts for a cup of coffee. We then left New Hope and  began to walk back over the bridge. In the center of the bridge Kesner stopped me for a moment, to look out over the Delaware River. From where we stood, the river appeared dark and encompassing and you could hear and feel its movement. I think Kesner wanted to kiss me in that moment on the bridge; in fact I am certain of it now. It would have been our first kiss and that would have been a beautiful spot for it.

But I was too cold.

My cardigan and coffee weren’t enough to guard against the force of the cold river wind.

It was warmer when we got to the other side. We sat on a bench and talked more. Neither of us wanted our time together to end, so we sat until we noticed that we were sitting above a wine cellar.

In the dimly lit wine cellar, we grew closer. We looked into each other’s eyes and allowed our fingers to dance with one another. I recited my favorite poem to him, Phenomenal Woman by Maya Angelou. And he gave me the first of many nicknames:

“I’m going to call you phenomenal woman, because you are phenomenal.”

And there, in the cellar, we shared our first kiss. I had just come back from using the ladies room. And before I could take my seat on the stool, he pulled me between his legs and held me tightly around my waiste and he kissed me.  passionately.

“It’s so nice to put my arms around a woman who has some meat on her bones,” he said.

I stood there in his embrace for a few minutes longer until we received news that the cellar was closing.

Where had the time gone?

Had we really just been on a date for ten hours and not even realized it? It was too short..

We walked back to the car, hand-in-hand, and he took me home. We would see each other the next day…

and the day after that..

and the day after that..

and almost every day until the day he died.

But of course I didn’t know he was dying then.

What I knew is that I was falling.

I was falling in love with my friend, Kesner Dufresne.


Warning: count(): Parameter must be an array or an object that implements Countable in /home/triresta/public_html/sub/reverendyogi/wp-content/plugins/the-events-calendar/common/src/Tribe/Customizer/Section.php on line 204